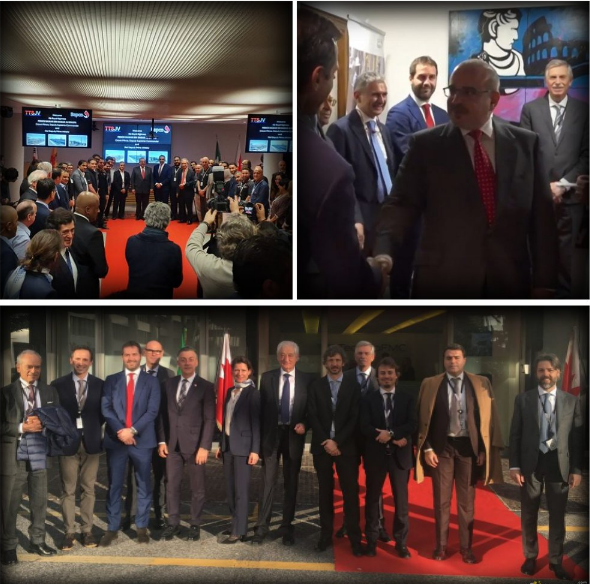 Last Feb. 3rd and 4th, during an official visit to the Italian capital, Bahraini Crown Prince Salman Bin Hamad Al-Khalifa participated in an event organized by TechnipFMC who, jointly with Samsung Engineering and Tecnicas Reunidas, has been awarded a contract from Bahrain Petroleum Company (BAPCO) for the Bapco Modernization Program (BMP). Being one of the Italian main suppliers working on this huge project, Paresa’s representatives attended the celebration and had the privilege to shake hands with the Deputy King, Crown Prince of Bahrain, First Deputy Prime Minister of the Kingdom of Bahrain, Deputy Supreme Commander of the Bahrain Defense Force.